fun fact:
When I was 14 I saw my first issue of Playboy magazine. I turned to my friend and said that one day I would marry the woman on the cover of that magazine,  '78 Playmate of the Year Debra Jo Fondren.  Fourteen years later, I did! 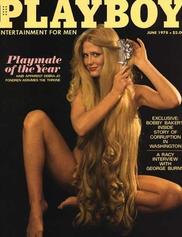 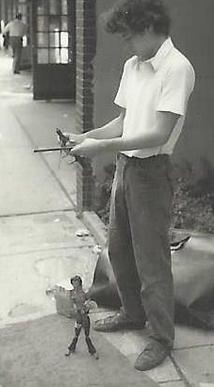 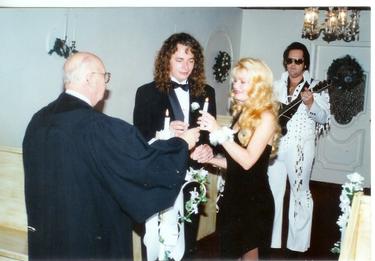 The following is excerpted from the forthcoming book by the Calgary Animated Objects Society on internationally recognized puppeteers:

"Short Bio: Lee Zimmerman is an artist/performer from the United States with over 30 years experience entertaining audiences world-wide from Canada to Singapore. He's been a regular at the Improv, the Laugh Factory and the Magic Castle since 1991, and his rock and roll marionette revue was an installation at Universal Studios in Hollywood for more than nine years. He's been featured in numerous films and television shows, including a special contest episode of "The Drew Carey Show" and an appearance as himself in the cult film, "Eddy Presley", co-starring Quentin Tarantino. He was the featured entertainer at the "Seinfeld" final wrap party, and has done command performances for dozens of dignitaries including Hugh Hefner, Frank Zappa and the Sultan of Brunei.

"Artist's statement: "One of my earliest memories is making musical instruments for my G.I. Joes. Then when I was 14, I became obsessed with rock and roll musicians, in particular, Jimi Hendrix. I attempted to learn the guitar for a while, but quickly realized that I didn't want to play like Jimi Hendrix, I wanted to BE Jimi Hendrix. So, I quit the guitar and took my brother up on his offer to teach me how to build marionettes out of wire and paper-mache. We borrowed a book from the library entitled "Puppet Circus" by Peter Fraser and we set about getting everything wrong in a wonderfully right way. Thirty-four years later and that Hendrix puppet is still the centerpiece of my show and it still gives me the same charge as it did that very first day I first strung him up. And whenever I take the stage, for three minutes and seventeen seconds, I AM Jimi Hendrix.

"What puppets mean to me: Have you ever met anyone who wasn't completely charmed by seeing things in miniature? Dolls, dollhouses, matchbox cars, tiny instruments as ornaments, little statues of animals to decorate our homes. And seeing miniature objects move is just little kid joy at its best. When I look up and at my audience, which I almost never do, I see little kid wonder and astonishment. "It's a little person...and it looks like it's alive!" And once an audience decides that a puppet really is a living creature, they buy into it one hundred percent. Because it's a basic human need, like having children: people love to see little things to come to life.

"I became an entertainer for one reason: I wanted to be a rock star. I never wanted to be anything else, except maybe a comedian. Now, I get to be a little of both. People kid me when I treat my marionettes like they're real people. I won't leave them alone in a car at night, not just because they might get stolen, but because I think their little feelings might get hurt. "I left them in the cold? I treated them like so much cargo? They'll get even with me and pop a string right in the middle of a show!" Not kidding. I really do believe that. I also get teased when I suggest that my characters have a living soul, but I know I'm right. They do. I put 'em there! If my cat's hair gets stuck in the clay, I blend it right in. If I rip off a little piece of my fingernail while agonizing over the shape of the clay? In it goes. My passion, my hopes, my flaws, my pride, my shame...it all gets blended into the clay. Whose soul is inside those puppets? Mine. "

"Do politics influence your work, and if so, how?"
Yes. Lady Ga-Ga sucks.